Top Global English Word of 2016 is a Meme 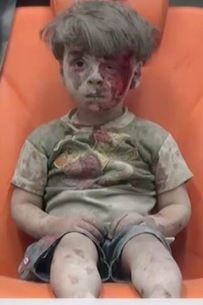 May 1, 2017, Austin, TEXAS and NEW YORK — The Global Language Monitor (GLM) today announced that the Global English Word of the Year for 2016 is not a word but a meme: the blood-soaked image of Omran Daqneesh, five years old, sitting in an ambulance while awaiting treatment in Allepo, Syria.

The Global Language Monitor (GLM) also announced that Truth is the Word of the Year for 2017.

During the last 18 months, the world of language in the Industrialized West reflected the turmoil undergoing much of the political systems throughout the Year 2016 and continuing into early 2017, said Paul JJ Payack, presdent and chief word analyst of the Global Language Monitor.

However, it would be a mistake to characterize this time with the World, as a whole, in turmoil. After all, having one nation exiting the EU block of some twenty-eight counties along with the the election of what by European Standards is a Center-Right government in the United States does not equate to 1914, 1939, 1968, the collapse of the Soviet Union, the on-going Middle East conflagration, and/or the emergence of China onto the world economic stage earlier this century, or even the Global Economic Restructuring of 2008 and what continues in its wake.

If you kept abreast of the daily press reports, you would think an outbreak of mass hysteria or at least amnesia had swept over the nations of the West. The world’s leading print and electronic media acted as if the concept of truth had been circumvented, or even, contravened, and sounded alarm after alarm that what we all knew as facts were no longer discernible. The source of this disruption in the news cycle, of course, was what came to be known as fake news and post-truth.

As the various organizations that announced their particular choices for their Words of the Year (WOTY), 2016 had the dubious distinction of being labeled a ‘dumpster-fire’ by the American Dialect Society thereby furthering the concept of fake news. How else could a phrase that was scarcely uttered anywhere in the world in 2016 be chosen for this ‘honor’?

For historical comparisons of a number of the terms used in this analysis, GLM used the Google Ngram Viewer.   You can use the Ngram Viewer to chart frequencies of comma-delimited search strings.  The Google Ngram Viewer uses yearly counts from sources printed between 1500 and 2008, though in some cases later dates of publications are included.

Figure 1. Relative Frequency of citations among words used to describe the Top Words of the Year for 2016

Figure 2. Close-up on Relative Frequency Among Some Top Words of the Year for 2016

Figure 3.  Comparisons for the Words Truth Vs. Lie Since 1740

This is why early in the century, the Global Language Monitor put into place a methodology that clearly states that each considered word or phrase must adhere to the published criteria (see below). The methodology calls for words and phrases from the entire global English linguasphere to be considered, as well as each fulfilling geographic and demographic requirements. This automatically excludes the lists created by those organizations that rely on polls and other such non-scientific tools

Global Language Monitor began to use newly available technologies to document the Words of the Year for Global English at the turn of the 21st century, with the idea to encapsulate and capture the essence of the preceding twelve months in a sort of linguistic amber.

Apocalyptic language has been widely cited as word of the year worthy for the last several years — and rightly so. In fact, Apocalypse and Armageddon took Global Language Monitors’ honors as Top Global English Words of 2012. And though GLM’s proprietary algorithms have displayed a predictive element, it’s entirely possible that Apocalyptic language did indeed peak some three years too soon.