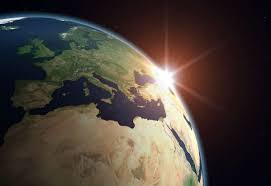 • To remove emotional freight from the debate

Austin, TX February 17, 2009 – Earlier this month we noted that words of despair and fear of the Global Economic Meltdown have been drowning out those of ‘Hope’ in the Global Media since Obama’s Election as President of the United States on November 4, 2008. The period of the analysis covered 90 days, ending February 3, 2009.

Since that time, the language describing the current financial situation from the administration, the congress and the pundits as reflected in the Global Media has become even more severe. Even a cursory review of the contemporary media bears this out. The favored descriptions include:

When describing the entire cycle — from years of deregulation to the housing bubble to the banking bailout and credit squeeze — the emerging consensus seems to be ‘financial meltdown’. Earlier, ‘financial tsunami,’ was favored by some because it aptly described the suddenness, the violence, and the unexpected nature of the potential ‘collapse’ of the global financial system.

However, thus far no description satisfies the two criteria that are called for here: 1) to adequately describe the enormity of the situation, and (2) to do so in an objective, non-emotional manner.

History, of course, will have the ultimate say in the matter. And History usually settles on the dispassionate. All the contemporary names for the conflict between the American North and the South in 1861-1865 yielded simply to the Civil War over time, Just as The Great War yielded to World War I, and subsequently, World War II.

GLM was founded, in part, to identify political buzzwords as ordinary words that become ‘loaded’ or fraught with emotional content far beyond the normal definition of the word.

In this case we also feel it incumbent to note that calling our current economic plight a Depression, certainly might be true – if after 12 years our unemployment rate hovers around 25%, some 10,000 banks have collapsed, and the Dow Jones suffers a 90% decline as was the case in the Great depression.

Also, there was a real question if Western Capitalism would survive at all. At that time Communism (and not garden-variety Socialism) and Fascism were considered to be in competition with free enterprise Capitalism, and the outcome was by no means settled. (Such was the nature of the ‘fear’ to which President Roosevelt referred.) This is certainly, not the case today, where the global consensus overwhelmingly favors free enterprise, in its various shapes and forms, to be the key to long-lasting global prosperity.

Therefore, GLM is suggesting that the current crisis be labeled, simply, the Global Economic Restructuring, thereby more precisely describing the current global economic condition and, at the same time, to removing some of the emotional freight from the debate.

Austin, TX February 10, 2009 – The Global Language Monitor has found that words of despair and fear relating to the global economic meltdown are drowning out those of hope in the global media in the ninety days since the US presidential election on November 4, 2008.

With thousands of global headlines centering on the deteriorating global economy followed by news of the human toll of people driven to despair and committing acts of desperation, GLM undertook an analysis of the language used in the global print and electronic media since the US presidential election. GLM then compared their frequency of use to the ninety days following the 9/11 Terrorists attacks on New York and Washington in 2001 and the 90-day period following the outbreak of the Iraq War in 2003. The representative fear-related words chosen: Fear, Despair, Abandoned, Desperate/Desperation.

The analysis found that these words were used in the last ninety days with 18-23% more frequency since the historic Obama election than when compared to their use in the ninety days following the terrorist attacks of 9/11 of 2001 and 90-days following the beginning of the Iraq War in March 2003. The one exception was that of the word fear, itself, though its use in relation to the economic meltdown was still some 85% of its use in the case of 9/11 and the Iraq War.

“The results are striking, especially, in contrast to the immense outpouring of global goodwill in response to the inauguration of Barack Omama, since the survey included the ten days immediately following Obama’s swearing in,” ” said Paul JJ Payack, president and chief word analyst of the Global Language Monitor.

The specific breakdown of the keywords (and related variations) follows:

Media and Analysts:  Call for Graphics

The US Presidential Election and the Financial Tsunami

Austin, Texas, USA. October 13, 2008. The worldwide financial tsunami that has captured the attention of the worldwide media (as well as governments, corporations and ordinary citizens), has come to dominate one of the great quadrennial media events of the post-Modern era. No, we are not referring to the Olympics, most recently held in Beijing, or even football’s World Cup but, rather, the US Presidential elections.

The immediate effect of this unprecedented upheaval of global markets is the obfuscation of the clear lines of division offered by the opposing parties in the US Presidential Elections.

Watching the nightly news and reading the traditional (for the last two centuries, that is) media, one has the distinct sense that what they perceive as unprecedented almost chaotic circumstances is actually that of the normalcy of the new reality, that of communications at the speed of light that the internet has foisted upon us.

We keep hearing about this most unusual of election cycles, but this is only true when looking through the prism (and historical construct) of the traditional news gathering operations. What is called the 24-hour News Cycle is actually just the tip of the Tsunami washing over the planet at a steady speed and ever-quicker pace. Indeed, the nature of the beast hasn’t change at all. It is our outdated techniques, that haven’t kept up with the new reality: News now emanates at the speed of thought, from tens of thousands or, even, millions of sources.

The nature of a Tsunami is little understood other than the tremendous damage it unleashes when it washes ashore. What we do know, however, is that a tsunami travels in exceedingly long waves (tens of kilometers in length) racing through the oceanic depths at hundreds of kilometers per hour. Only upon reaching the shore is its true destructive power unleashed for all to see (if they survive to witness it at all).

In the same manner, the traditional media become transfixed with the roiling surface seas but fail to acknowledge the more sustained and significant, movements occurring just beneath the surface.

The surface swirls about in fascinating eddies, but the true transformation is occurring as the nearly undetectable waves rush through the open sea only occasionally, though dramatically, making their way onto shore.

In the same manner, the traditional media focuses on the Twenty-four-hour News Cycle but seem to miss the strong and prevalent currents immediately beneath the surface. They vainly attempt to tie global, transformative, and unprecedented events to relatively parochial events and forces (the Reagan Years, the Clinton administration, Bush 41 and 43, the de-regulation initiatives of Alan Greenspan of  ‘99) that are being all but over-shadowed (and –whelmed) by unyielding and all-but irresistible forces.

There is an almost palpable sense and correct sense that things are 1) changing forever, 2) out of our control (or even influence), and 3) will have a direct impact upon the planet for generations to follow.

What we can control, and make sense of, however, is a candidate’s wink, smirk or disdainful reference. We can emphatically pin down our opponents into convenient sound bites, hopefully contradicting earlier sound bites. Do you personally take responsibility for Climate Change? (Does the fact that New York City was beneath 5,000 feet of Ice a few dozen centuries ago influence your vote today? A yes or no will suffice!) Is your personal philosophy, whatever it might be, grounded in a belief system that I can systematically debunk and demean. (Yes or no.) Are you for or against atom smashers creating miniscule black holes that may or may not swallow up the Earth? (Answer yes and you are a barbarian; answer no and you have absolutely no respects of the future prospects of the human race.) Did you ever consider yourself a loser (at any point in your life)? Did you ever make the acquaintance of fellow losers?

Nevertheless, the US Presidential Election will proceed to its own conclusion on the first Tuesday of November in the year two thousand and eight.

For the preceding five years, The Global Language Monitor has attempted to clarify the course (and future course) of human events as documented in the English language.

The tools at our disposal have sometimes allowed us to peer into events and trends that become, otherwise, obscured, by the ‘noise’ of the Twenty-four Hour News Cycle.

Our goal was, and continues to be, to extricate (and explicate upon) the true currents underpinning the events we call news, and to better understand what they mean and how they are perceived with the new media reality in mind.

For example, back in the days preceding the 2004 Presidential election cycle, GLM discovered the fact that once ideas, words and phrases were launched into the vast, uncharted, oceanic Internet, they do not, indeed, die out after twenty-four hours but, rather, travel in deep, powerful currents and waves (not unlike those of a tsunami) that only grow stronger as they make their ways to distant shores.

In this new reality, tsunami-like ideas pass through vast seas of information of the Internet, nearly undetected and often unmeasured, until they crash upon our shorelines, where their full power (and possibly fury) is unleashed.

The fact that we only entertain them for 24 hours before they are dispatched into the archives of what is considered ‘past’ or ‘passed’ and readily discarded, is beyond the point.

We often hear that ‘we’ve never seen anything like this’ before. Of course not. Think back a few hundred years to other information revolutions, such as that introduced along with mechanical type. What do you think the fortunate few thought when they first laid their eyes upon the works of Aristotle, the Bible, or the Arabic translations of Euclid? No one had ever seen anything like that before! Indeed.

And astonishment will only become more so as the future unfolds.