The English language well represents the tumultuous and tempestuous world of today. 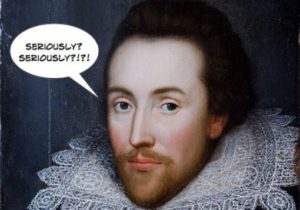 Truth continues as the Top Word of the Year, while Narrative continues in second place. Reflecting the rising alarm GLM first pointed to during the first presidential debates, Opioids made the leap from No. 10 to No.3. Of the next seven spots, all were new to the rankings with the exception of the Nuclear Option (Korea), which moved up two spots to No. 5. New words included Woke, Deep State, and Robot Apocalypse. Regarding ‘fake news,’ newly unmasked as an ethnic slur, the term was supplanted by the concept of a ‘higher level of fake news’ — a time-honored methodology of creating and planting ‘legitimate’ news stories. The most downward trending were Brexit falling eight spots to No. 12, and No. 3 #Resist most dramatically dropping from No. 3 to No. 19.

GLM also announced that the Global English Word of the Year for 2016 was not a word but a meme: the blood-soaked image of Omran Daqneesh, five years old, sitting in an ambulance while awaiting treatment in Allepo, Syria. (Click Here to see Top Global English Words of 2016.)

Covfefe, the Trumpian Typo heard ‘round the world, crossed GLM’s Triple Threshold to make the 2017 #WOTY list, with some 400,000+ media citations alone.

“The amount of linguistic churn in this three-month span is interesting in the extreme.  In fact, the English language well represents the tumultuous and tempestuous world of today.” said Paul JJ Payack, President, and Chief Word Analyst of GLM. “If this churn persists for a significantly longer period of time, this will presage an unprecedented moment in its history. “

Comparison with the earlier version continue below.

2012:
Top Words: No. 1 ApocalypseArmageddon, No.2 Deficit, No. 3 Olympiad
Top Phrases: No. 1 Gangnam Style, No. 2 Climate Change/Global Warming, No. 3 Fiscal Cliff
Top Names: No. 1 Newtown and Malala Yousafzai, No. 3 Xi Jinping

Methodology:  The words are culled from throughout the English-speaking world, which now numbers more than 1.83 billion speakers (January 2013 estimate) GLM employs its NarrativeTracker technologies for global Internet and social media analysis. NarrativeTracker is based on global discourse, providing a real-time, accurate picture about any topic, at any point in time. NarrativeTracker analyzes the Internet, blogosphere, the top 300,000 print and electronic global media, as well as new social media sources as they emerge.