Why the Outsider Won 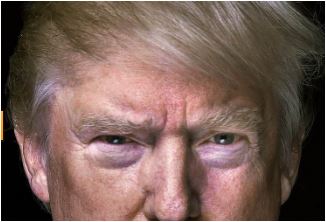 GLM has been tracking the Outsider since at least 2006

This article is an accounting of the Global Language Monitor’s public record of the rise of the underlying forces that have disrupted long-held economic theories and political assumptions. These forces recently culminated in the election of what we are calling The Outsider to the presidency of the United States. We are citing published accounts only (The Hill, New York Times, BBC, NPR) to highlight the predictive ability of our Trend Tracking and Narrative Tracking technologies. We are updating this article daily, extending the story in chronological order. We are presently citing the underlying forces in the run-up to the election of Barack Obama that presage the events of 2016.

Austin, TEXAS, November 8, 2016 — Though there appears to be great shock around the world that an ‘outsider’ has actually captured the White House, to this organization an Outsider’s path to victory was foreseeable from the start. — actually at least since 2006. It was five years earlier that China had been admitted into the fellowship of the world’s major trading blocks and by ‘06 it was as if the West had been struck by a five trillion (then twelve-trillion, now fifteen trillion-) dollar rogue asteroid that both astronomers and economists had missed.

Since that time, the economies of the West have witnessed entire industries being destabilized, shackled and shuttered. And before anyone truly understood the true economic implications, vast areas of once thriving cities, states, and regions had been transformed into seemingly post-apocalyptic wastelands.

There is a particular type of nuclear weapon that is seldom mentioned because it is considered an especially hideous — the neutron bomb. The sole purpose of the neutron bomb is to destroy any and all forms of life while leaving the man-made infrastructure (factories, hospitals, schools and the like) untouched and in place.

A quick imaginary flyover of the US reveals burned out factories of Detroit, the abandoned steel mills of the Allegheny and Ohio Valleys, the shuttered coal mines in the hidden hollows (and the mountain-topped towns) of Appalachia, the empty Main streets opioid-addled and addicted towns of New England will help you assess the devastation wrecked by a neutron bomb for yourself. (See A Recession Neither great Nor Small published in TheHill.)

Western History has long celebrated the decency of the common man from the amphitheaters of Athens, to the fisherman-disciples of Jesus, the Noble Savage of the Enlightenment, the citizens of the Founders, and the proletariat of the New Socialist Man. Now, when the millions of the dispossessed cried out in anguish and pain, they were decried as out-of-step with the post-Modern world, as racists, as Luddites, and uneducable. You will not find any contemporary Aaron Copeland, dare writing and performing a new “Fanfare for the Common Man,” without being hooted off the stage.

And yet some wonder why since the turn of the century there has been a swelling undercurrent, a seething restlessness, a mostly hidden wellspring of anger, vitriol and disappointment making its way through the body politic. All too often, this undercurrent was dismissed as irrelevant, inconsequential and certainly not worthy of serious consideration, let alone study.

In 2016 the West is experiencing a populist uprising, not seen since the barricades, protests, riots, and assassinations of 1968, though this cycle is decidedly more peaceful, with the anger, rage and frustration thus far, channeled through the ballot box.

At first observers had the luxury of blaming this undercurrent on forces outside an individual’s control: 9/11, the Iraq War, G.W. Bush (and Dick Cheney), the Global War on Terrorism and the elusive Osama bin Laden, the Housing Bubble, Lehman Brothers, and the beginning of the Great Recession, which was actually just another manifestation of the Global Economic Restructuring.

At the time, the election of Barack Obama was heralded as a full stop in History, a break with the past, the dawn of a new post-racial era, certainly in the US, if not the world, even as an avatar of a new age. But trouble was brewing, as GLM, seeming alone had picked up,  (See Trend: Disillusionment, Anger & Outrage on the Rise Since Obama’s Inauguration.)

Paul JJ Payack, President and Chief Word Analyst said at the time that “The disillusionment, anger and outrage should not be a surprise, especially to students of political language, who have been analyzing what is being said in the political realm over the last 18 months. (That this comes as a revelation to our political elites, however, should serve, once again, as a sobering lesson or, even, cautionary tale.)”

Though little noticed by the media, GLM found that in early February, just weeks after the Obama inauguration, the ‘words of despair and fear relating to the global economic meltdown were drowning out those of hope in the global media in the ninety days since the US presidential election on November 4, 2008’.  In its analysis of the global print and electronic media since the US presidential election, GLM found that those words were used with 18-23% more frequency than compared to their use in the ninety days following the terrorist attacks of 9/11 of 2001 and 90-days following the beginning of the Iraq War in March 2003. (Even the word fear, itself, was at some 85% of the level it was used in the aftermath of both the 9/11 Terrorist Attacks and the onset of the Iraq War.)

In a related study Global Language Monitor found that the word ‘outrage’ had been used more in the global media that month than anytime this century, with the previous benchmark being the immediate aftermath of the 9/11 terrorist attacks. In particular, the word was used in association with the AIG bonuses, which had recently been distributed.

GLM examined the global print and electronic media for the seven days after the following events: the 9/11 terrorist attacks in, the start of the Iraq War, and the week after the Hurricane Katrina struck the Gulf Coast.

GLM’s analysis shows that these undercurrents of Disillusionment, Anger & Outrage on the rise Since Obama’s Inauguration.could be found in earlier data, underscoring the strength and significance of the find.

Now, some eight years into the ‘new era’ the news has been full of various elites’ recriminations about how they got it so wrong. These apologia have been characterized as revelations, surprises, astonishments, and/or mis-measurements. Translation: the measuring of data no longer meaningful, undergirded by assumptions about a world that no longer (If it ever) existed.

The Global Language Monitor has been tracking the disruptive undercurrent that has been seething beneath the surface of the 21st century, theories, speculations, and statistical analysis since the housing crisis — two years before the first Obama Inauguration.

GLM charted the meteoric rise of the charismatic and charming political star, we also tracked the burgeoning undercurrent that followed from the crash of the Housing Bubble and only gained momentum with the fall of Lehman Brothers, and ensuing financial dislocation, the Global Economic Restructuring, from which the economy has yet to recover. Clinging to their outdated surmises, theories, and premises, the old guard is insistent on defending their numbers ad absurdia. Yes, the number of jobs has approached pre-great recession levels, however, they fail to admit that two part-time jobs do not equate two pre-great recession (or even one) pre-recession full-time jobs.

Now that the pundits have missed the ongoing electoral tsunami in 2016, for much the same reasons they missed the political rage, and anger boiling beneath the surface that has resulted in the ‘Outsider, phenomenon’.

Now, reading the accounts of the various experts, pundits and luminaries on how they ‘missed’ the Outsider phenomenon, is a study in how an isolated group of highly educated, intelligent, yet like-minded individuals, can create a sort of bubble that contains the only the things they expect to see and only those words they expect to hear. All else is cast as non-logical, ignorant, inconsistent, and most certainly not worthy of consideration. In this regard the last ten years read almost like a Harvard B-School Case Study.

The premise of our research is that economists and politicians were and unfortunately continue to use are missing the essence of the profound worldwide economic transformation that has been underway for quite some time. Unfortunately, this economic restructuring will continue unabated far into the future, unless and until the new economic reality is no longer constrained by this profoundly limited vision.

To date the facts have borne out our original assumptions:

And so it goes into the race for the 2016 Presidential Elections.

Since 2003, the Global Language Monitor has been tracking political trends through Big-Data English language analysis. We do not track pre-determined words, concepts, or names, rather we analyze the LinguaSphere to understand the ongoing global conversation. In this way, all personal, predetermined viewpoints and preconceptions are eliminated, or at least held to a minimum.

In this way, GLM specializes in finding what is not readily apparent or is trending only beneath the surface.

While the world celebrated the oncoming Hope and Change transformation, as did we, GLM also measured the massive undercurrents swirling beneath the surface. We then compared them to the 90 days following the 9/11 terrorist attacks and the 90 days after the launch of Shock and Awe campaign presaging the invasion of Iraq. The results were certainly counter-intuitive, if not shocking:

It is this undercurrent that GLM has been tracking since then that lead directly to the current election cycle.

Every year since then, the underlying conditions for the Middle have deteriorated, while the political pundits obscure reality in order to increase their political fortunes while those of the Middle Class have fallen asunder.

“There is a feeling that the outrage is unprecedented, and the numbers certainly demonstrate the fact. The amount of anger and outrage as ignored by the media is, indeed, unprecedented,” said Paul JJ Payack, president and chief word analyst of the Global Language Monitor.