There is a very real and imminent threat of the emergence of “Super Spreaders” from the coronavirus pandemic.  This threat appears to be largely overlooked in an analysis of the news media recently completed by Austin-based Global Language Monitor, the data research company.

This risk of the emergence of ‘super spreaders’ has been significantly heightened  by three factors:  the gradual re-opening of the American economy, people flocking to summertime activities after Memorial Day, and the mass protests that have arisen since the death of George Floyd at the hands of the Minneapolis Police Department on May 25th, 2020. 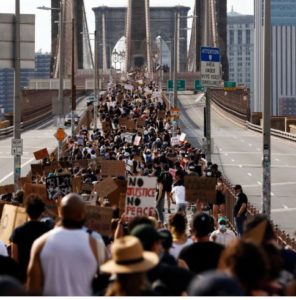 Official statistics concerning the number of protesters have not been officially tallied, but it is reasonable to assume that there have been more than 1,000,000 to 1,500,000 participating in the US-based protests with another 500,000 in the rest of the world. The period of the protests continues lasted about two weeks ending with the march on Washington, on June 6, 2020.  Many participated on multiple days, multiplying chances of exposure. 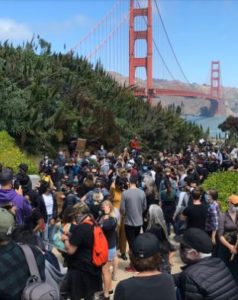 There has been significant research in the clustering and superspreader phenomena particularly since the emergence of severe acute respiratory syndrome coronavirus 2 (SARS-CoV-2).

On-going research, such as “Clustering and superspreading potential of severe acute respiratory syndrome coronavirus 2 (SARS-CoV-2) infections in Hong Kong” are currently in the process of peer review,  This and other similar studies are being posted online before the completion of the peer review process because of the severity of the on-going crisis. 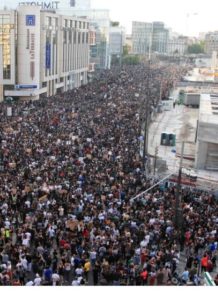 The study suggests that most new cases of Covid-19 are propagated by ‘superspreaders’ and not by direct contact or one-on-one transmission.   Researchers assessed more than 1,000 infections in Hong Kong between January 23 and April 28.   The authors used intense contact tracing to determine the manner in which persons were infected with the SARS-CoV-2 virus, which causes COVID-19.   Other researchers have found that some 20% of Covid-19 carriers are responsible for about 80% of disease transmissions

Scientists tracking the new coronavirus’ spread have generally focused on two numbers:  reproduction number (Rο) pronounced ‘R-nought), which represents the average number of new infections caused by a single infected person. The second is called the dispersion factor (k), a number indicating the likelihood that a particular disease will spread in clusters.

Without any social distancing, the new coronavirus’ R-number, according to the Hong Kong University of Science and Technology (HKUST), is around 2.6 - 3.5

Recent evidence concerning super spreading events abounds:  a meeting of pharmaceutical executives in Boston;  a house party in Westport, Connecticut; and a choir practice in Washington State, among many others.  Each of these smaller events resulted in the transmission of the virus to scores or hundreds of individuals.

Perhaps the most well-known of the current crop of superspreaders is the unnamed bartender at an Austrian Ski Resort.  Contact tracing found some 1300 infections in a number of countries traced to this particular transmitter.  Infections were traced to Iceland, Norway, Austria, and Germany.

Also of note is the finding that the key method of transmission appears to be exercising one’s lungs:  talking, singing, shouting, and speech-giving.  This makes any large gathering problematic in the extreme; whether cheering at a Trump rally, singing on a beach or shouting at a protest.

There is some concern that the fact of the potential exponential progression of the transmission of Covid-19. is not being widely discussed in the media, as shown below.

The first graphic shows that as the Coronavirus Rapidly Spread in January, the pandemic that would ultimately take the lives of some 100,000 Americans by Labor Day, was treated as an after thought, the News Media was Focused on the Impeachment of President  Trump by a 10:1 Margin (Source: Google Trends).

According to Preliminary Estimation of the Basic Reproduction Number of Novel Coronavirus (2019-nCoV) in China, “The mean estimate of R0 for the 2019-nCoV ranges from 2.24 to 3.58, and is significantly larger than 1”

This is especially troubling since a recent article in the New York Times,  an epidemiologist  opined  about the number of infections that could be attributed to the recent protests are based on his assumption that  “Over several weeks, as each infected person infected just under one other person on average — the current U.S. transmission rate — those infections would in turn lead to 15,000 to 50,000 more, and 50 to 500 eventual deaths”.   The article does not mention the possibility of the Superspreader Phenomenon.

If the effective R nought rate is indeed closer to that found in the HKUST study and if superspreaders lurk in the midst of these crowds,  both of which seem likely, than the number of infections would increase by a factor of ten, or more.

The New York Times article concluded that “Societal benefit of continued protests must be weighed against substantial potential impacts to health.”  According to the CDC,  some 60% of those deaths would be suffered by persons of color.

In another study, Clustering and superspreading potential of severe acute respiratory syndrome coronavirus 2 (SARS-CoV-2) infections in Hong Kong,  Benjamin  Cowling of Princeton University, one of the study coauthors, told Business Insider, “Superspreading events are happening more than we expected, more than what could be explained by chance. The frequency of superspreading is beyond what we could have imagined”.

Study the figure below: Transmission network associated with a single wedding exposure subsequently linked to a preceding social gathering and local source exposure.  Again, the graphic was based on contact tracing in Hong Kong.

Now consider the timely and very real example  of  the infamous Philadelphia Parade at the height of the Spanish Flu epidemic of 1918. 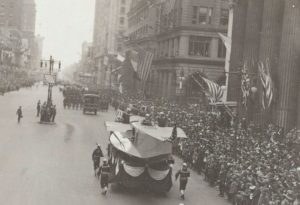 A huge parade was scheduled in the summer of 1918, the height of the Spanish Flu epidemic, to take place in the heart of Philadelphia.  It purpose was to raise money to support the ‘dough boys’ that had recently been shipped off to Europe to end the stalemate of the horrific ‘trench warfare’.

Some 200,000 people thronged Broad Street on parade day, along a two-mile route; they cheered as the procession passed along the route.  The unintended result:  within a few days, every hospital bed in he city was occupied.  Within a week, nearly 3,000 died.  Ultimately some 20,000 would die.

Was participating in this colossal event, showing one’s commitment to the cause, to help change the course of world events worth the risk?  Most, at the time,  would have answered yes.

Number of Words in English