—Liberal Arts colleges hold their own on Media Buzz

States Ranked by Number of Top Colleges (you might be surprized!)

Listen to:  the article in English from China Daily

Austin, Texas November 9, 2009. In an exclusive TrendTopper MediaBuzz™ analysis of the nation’s colleges and universities, the Global Language Monitor has ranked the nation’s Top 200 colleges and universities according their appearance in the global print and electronic media, on the Internet throughout the blogosphere, and including social media such as Twitter. The GLM rankings were also the first to include specialty schools, such as Art, Business, Music and Engineering schools, as well as online universities.

Read the Reaction from Michigan, Harvard, Yale and Wisconsin

In the University category, there appeared to be a ‘flight to quality’ with the consumer perception of quality being the price-sensitive ‘public ivies’ and technology-centered schools, epitomized by the University of Michigan moving up three places to the top spot. Harvard saw a decline in Media Buzz citations of some 20%, perhaps reflecting its endowment taking an $11 billion hit including some $1.8 billion from the general fund. Other major movers include MIT jumping from No. 16 to No. 2 affirmed the technology trend, North Carolina, another public ivy, moved into the Top Ten, with California—Berkeley moving from No.10 to No. 6.

In the College category, Wellesley overtook Colorado College, Williams and Amherst to claim the No. 1 position, a first for a women’s college. Pomona College, one of California’s Claremont Colleges re-emerged in the Top Ten, and Eugene Lang College of New School University debuted at a very strong No. 9. Overall the College Media Buzz was generally up in contrast to that of the private schools on the Universities list.

“This year we’ve witnessed the impact the Global Financial Restructuring has had upon the US higher education system. On the University level there has been a small but dramatic reordering of the hierarchy, which has remained virtually unshaken for many years,” said Paul JJ Payack, President and Chief Word Analyst at GLM. “However, Liberal arts colleges, the public ivies, and engineering-focused schools appear to have held onto, or actually increased their ‘brand equity’.”

Click here for States Ranked by Number of Top Colleges

Since TrendTopper MediaBuzz ranks overall media awareness and strength of a school’s ‘brand’ or reputation, the Global Language Monitor included specialty schools, such as Art, Business, Design, Music and Engineering schools, as well as online universities. All these were included in the College category with the exception of the online university, which was assigned to the University category.

The Top Specialty schools listed in their categories as well as overall rank are listed below.

• The Top Engineering school was The Cooper Union (38 overall, college).

For the complete list of the top Specialty schools, go here.

The Top 200 Colleges and Universities were also ranked by Media Momentum, defined as largest change in Media Buzz from the end of 2008, and the largest change in media citations in the previous 90 days. The analysis was completed on November 1, 2009

GLM used its proprietary Predictive Quantities Indicator (PQI) software for the TrendTopper MediaBuzz Analysis. GLM used the Carnegie Foundation for the Advancement of Teaching’s classifications as the basis to distinguish between Universities and Liberal Arts Colleges. The schools were ranked in late October, with the last day of 2008 as the base, with two interim snapshots in 2009.

The Global Language Monitor also provides the TrendTopper Reputation Management Service that helps institutions differentiate themselves among their competitors.  TTRMS does not influence the rankings in any way.  For more information, go to www.TrendTopper.com or call 925.367.7557.

The 73-page report includes details on: 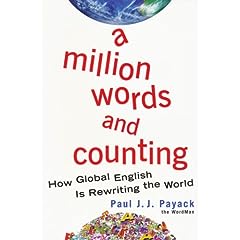