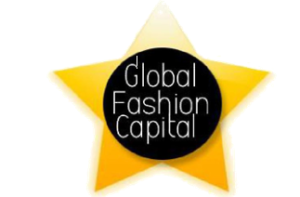 AUSTIN, Texas, September 2017 —  In another close battle between New York and Paris, New York took four of the five categories to take the Top Global Fashion Capitals crown for 2017.  Since 2011, the Top spot has been traded between New York, Paris, and London, each taking the Top Spot twice. Completing the Top Ten for 2017following New York and Paris were Barcelona, Milano, Rome, London, Amsterdam, Berlin, Las Vegas, and Dubai.

“Since we are expanding to include a number of cities, each with emerging and burgeoning fashion scenes, we are quite excited about the 2017 Global Fashion Capital rankings,”  said Paul JJ Payack, president and chief word analyst of the Global Language Monitor.   “Fashion continues to drive both economic growth for the region as well as a release of creativity that will most certainly impact their city, their region, and perhaps even the world”. #NYFW

No. 3 Barcelona — Moving into Big Four Territory is Big News by definition.

No. 4 Milano — Reclaiming its Big Four status; hmm, perhaps all that re-thinking and revamping just might be having an impact (we’ll see in 2018).

No. 6 London — Had a great run earlier in the decade, but not so great lately (If you consider the No. 6 spot not so great).

No. 9 Vegas — Back in the Top Ten, more evidence that the Red Carpet experience does indeed have an impact.

No. 10 Dubai — More evidence that billions of dollars Do, indeed, have an impact.

No. 21 Washington, DC — A move into respectability!?

No. 47 Kuala Lumpur — Another solid debut.

No. 63  Cracas — On Hiatus due to Insurrection.

The Watch List for 2018  includes: Abidjan, Auckland, Jakarta, and other nominated by industry experts.

Methodology: For this analysis, the Global Language Monitor used its proprietary Brand Affiliation Index (BAI), the same technology used to measure global brand equity for the Olympics, World Cup, the Fortune 500, and others. This exclusive, GLM longitudinal-study encompasses the prior three years to better assess short-term velocity and longer-term momentum. The study is a Big Data textual analysis based on billions of web pages, millions of blogs, the top 375,000 global print, and electronic media, and new social media formats as they appear. This survey, which was first made public in 2007.

Background:  The Top Global Fashion Capitals are now recognized as the standard in the fashion world, as you can see below.  For the 2017 edition, we are tracking more than three-score established and emerging centers of fashion. Our efforts have attracted an inordinate number of citations in the global media, as well as in academic, research and texts. For more than a decade now, the Global Language Monitor has employed its proprietary algorithms to cut through the world of Big Data establishing the definitive, nonbiased rankings of the Top Global Fashion Capitals.

The result is a longitudinal survey that runs for three years, with its final updating in the weeks before the yearly announcement. GLM surveys. billions of web pages, millions of blogs, the top 300,000 global print and electronic media, as well as new social media sources as they emerge.  In effect, any and all databases available on the web, including key proprietary databases for specific content.

In 2003, The Global Language Monitor (GLM) was founded in Silicon Valley by Paul J.J. Payack on the understanding that new technologies and techniques were necessary for truly understanding the world of Big Data, as it is now known.  Previous to this Payack was the founding president at yourDictionary.com, and a senior executive for a number of leading high tech companies.